get/have cold feet (informal) to suddenly become nervous about doing something that you had planned to do
*He was going to ask her but he got cold feet and said nothing.

go hot and cold
to experience a sudden feeling of fear or anxiety
*When the phone rang I just went hot and cold.

in cold blood
acting in a way that is deliberately cruel; with no feeling for someone else's suffering
*to kill someone in cold blood

leave someone cold
to fail to affect or interest someone
*Most modern art leaves me cold.

pour/throw cold water on something
to give reasons for not being in favor of something; to criticize something
*She immediately poured cold water on his plans to expand the business.

~ Mommy teach us how to use idioms in writing an essay or speaking.

Posted by Brilliant Marjan at Wednesday, June 27, 2012 2 comments: Links to this post 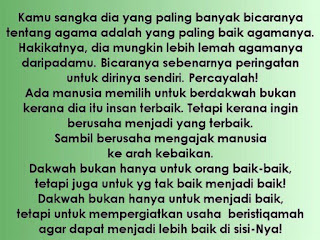 Posted by Brilliant Marjan at Wednesday, June 27, 2012 No comments: Links to this post

30 hours ago, I escaped from being kidnapped

As I sit here writing this, I am just so grateful to be alive. To think that 30 hours ago I had a knife to my throat, face to face with the threat of being kidnapped and raped.

It was a Sunday, at 5.22PM. I was alone, walking towards my boyfriend's car in level B2 of The Curve, Mutiara Damansara. He was not in town, and I was running errands with his car. Just as I was putting my shopping bags in the rear seat, the rear car door was slammed against my back, and a meat cleaver was pressed against my throat. A man covered my mouth with his hand, and whispered not to scream. He then shoved me onto the floor of the backseat of the car and waved the cleaver at me, reminding me not to  scream. He was skinny, wearing a baggy turqoise blue t-shirt, had a thick moustache and short curly hair, approx 5'8", mid-30s, and of Indian descent.

At this moment, second man appeared. He was also in his mid-30s. He was wearing a red t-shirt, had a crew cut, and was of Malay descent. He grabbed my car keys and demanded for my parking ticket. I couldn't remember where it was. They shoved me deeper into the car, and the Indian man got into the back seat with me, while the Malay man got into the driver's seat, driving us out of the car park. I told them they could take everything, just let me go. But at that point they didn't even ask for money. Instead, the Indian man started to make sexual advances. Then it hit me. "Oh my God. Oh my God. This is really happening. I'm being kidnapped.. and I think I know what they want."

From this moment on, there were a few crucial things that happened that I think is the reason I'm alive today.


1. I managed to get into a position to escape.
When they got into the car, the Indian man had tried to force my body down onto the floor. I knew that the moment I'm on the floor, there would be no chance of escape. So I begged him to let me sit up. I promised him I wouldn't scream or alert anyone's attention. Thankfully, he trusted me, and let me sit up, gripping my arm tightly. Then I told him my arm really hurt and to please not grip it so hard. He loosened his grip.


2. I did not fight for the sake of fighting.
I was in an enclosed space, with no clear escape route. I would never win in a fight with these 2 guys, especially when they have sharp weapons. Had I fought from the get go, I may not have been in a position to escape. I might've even been knocked out cold, and God only knows where I would be right now.


3. I was lucky and sneaky.
I knew that the only way to escape, was to jump out of the car, even if it was moving. They had locked the car doors. So I leaned back, pretended to scratch my hair, and shakily unlocked the door I was leaning against. I'm so lucky they did not see or hear this!


4. I went 'crazy' at the right time.
And then I waited. I knew that the car would have to slow down outside the parking lot, as it exits to merge with the main roads. The moment it slowed down, I opened the car door and tried to make a run for it. I failed. I kicked my legs out of the car, but the Indian man had managed to pull my body back in. From this moment on, everything is a blur. I remember the Malay driver temporarily stopping the car, leaning over from the driver's seat and attempting to close the door and pull my legs in. At that point I remember thinking, "Even if I don't get out now, I need to keep the door open and my legs out the door. At the very least, it should cause a scene, and someone would see me. Or, the door might hit another car and they'll be forced to slow down." So I continued kicking. My right foot pushed against the wide-open car door to keep it open. I recall elbowing, struggling, kicking, and even biting. I lost my glasses, and was struggling blindly for  my life. At some point the Malay driver yelled, "BAGI DIA LEPAS! BAGI DIA LEPAS!" (Let her go! Let her go!) and the Indian man loosened his grip. I made a jump out of the still-moving car, and ran for my life.


5. I acted in spite of the fear.
My friends said I was brave. But I didn't feel like it. I was quivering and shaking in fear. I was so afraid. I thought I was going to die. I was weak with fear and deathly afraid. I truly thought "this was it". But I knew I
HAD to move. I had to run. Or there would be a worse fate in store for me.While I was quaking in fear, I forced myself to look around and see if there was any way I could escape, or even catch someone's eye.


6. I remembered the people I love.
The only thing that matters when you're faced with potentially horrendous fate, is the people in your life. When I felt the knife to my neck, the first thing I thought was , "This cannot be happening. I must be dreaming." The second? The people that truly matter to me flashed across my mind. It sounds cliche, but it's true. I thought of my parents. My brother. Khailee. Esther. More people. That's all I could think of for a few moments, before I thought, "Shit. I need to get out of here."

I ran towards the Maybank outlet at the Curve. There were plenty of people milling around. I screamed for help over and over again. I was hysterical. I grabbed an older Malay man by his shoulders and begged for help before practically collapsing at his feet. I will always remember the relief and liberation I felt, running over Mutiara Damansara's manicured grass and into the crowd.

Today, I found out that the entire ordeal from the moment I left the parking ticket payment machine, to my escape, happened in about 4 minutes.To me, it felt like one long nightmare.We never think its going to happen to us... and then it does. I used to think that this is something that happens only in the papers and to people far, far removed from me. But then it did happen to me. I moved to PJ/KL 6 years ago, and I've spent countless mornings, afternoons and nights at The Curve. When my friends and I were organizing Rock Up! back in 2008, we were walking around the place at 4AM even. It's been 6 years, and never once did
I feel that I was unsafe at The Curve.

Until yesterday. I feel like moving out of the country ASAP. Getting the hell out of this state where you hear of a kidnapping or attempted one every month (remember Nayati?), or a snatch theft every week. And yet I'm fully aware of the fact that in another country with more lax firearm laws, they would've been holding a gun to my head, not a cleaver. And that would've been so, so much
worse. I'm Blessed. By God's grace, I am alive and relatively well. And I will live another day to build another cat iPhone app. It just was not my time to go. And for that, I thank God.

I want to share this story with everyone because cops tell me that they rarely get to hear it from someone who escapes.

Girls, be so very careful. Be vigilant, and please try not to go anywhere alone. If you need to walk to the car park, and you're alone, get a guard to go with you. I was recently told that it's part of their job description to assist anyone if needed.

Guys, watch out for your girlfriends, wives, mothers, sisters and friends. Walk with them, don't take their paranoia or fear lightly. Watch out for them.

And everyone, just watch out for each other. Take care of each other. These things really DO happen. As I ran out of the car, so many people came to help me. Strangers who didn't know who I was, came forward and offered me tissue paper, water, cellphones, and general comfort.

Malaysians, please care for one another. You already do. Just keep on caring. Keep watching out for each other. Don't worry about being thought of as "busy body" or "overreacting". The world can be a cruel place, but all it takes is for people to care for one another to make all the difference.

KAKAK - in no circumstances that you enter a lift or out from lift ALONE - I repeat ALONE / what more walk anywhere ALONE...with Zaidi is a MUST kind of thing. It seems nowadays danger is everywhere.
Posted by Brilliant Marjan at Thursday, June 07, 2012 2 comments: Links to this post 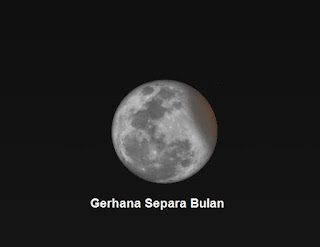 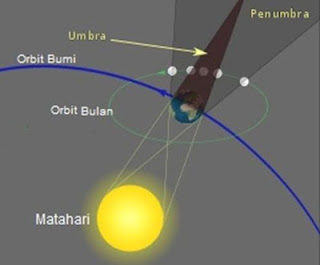 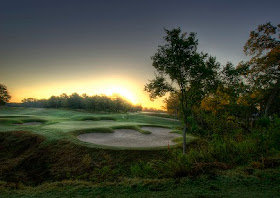 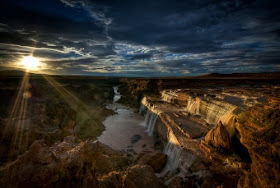